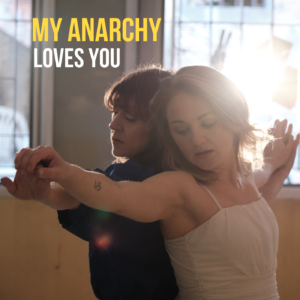 My anarchy loves you

Street-dancing, singer/songwriter, music creator Cassandra – whose vocal delivery can be likened to an Afropunk take on neo-soul- is most notable for her work with the alt soul band EnnieLoud. Her R&B tinged vocal recalls the halcyon days of Lauryn Hill. She sings perfectly in English and in Italian.

After releasing 2 albums in Italian, 5 years ago Cassandra moved to London where she lived, forming and fronting a dexterous trio made of the Berlin producer/DJ BeeOff and multi-instrumentalist Ross. She received international acclaim, co-writing ‘My Faults’ with top Italian DJ Vincenzo Callea, before getting remix treatment from Grammy-winning producer Yoad Nevo (Goldfrapp, Sia, Moby). The single was released in Germany and Italy, where it hit national radio playlists and made waves across Europe in France, the UK, Greece and Russia. Its video won the ‘Best Video Clip’ award at the 2018 New York City International Films Infest Festival and was a finalist at the Los Angeles CineFest 2018. Cassandra opened the acts for the San Francisco based band, The Seschen, touring the UK and she also shared the stages with Kadija Kamara, Arlo Parks, The Scruff.

As songwriter and singer, she wrote the EnnieLoud’s single ‘In My Room’ which hit the blogosphere to much acclaim, receiving coverage in the UK, Mexico, USA, Canada, France, Belgium and Kenya. Receiving its premiere on Clash, ‘In My Room’ went on to be playlisted across Spotify, hitting ten thousand streams in three weeks. The second single “The best I can” received its premiere on EarMilk ( USA ).